Karen Woo and the Dead End of Islamofascism

I think there could be no more potent symbol of the sheer nihilism of Islamofascism than the recent death of Karen Woo.  Here’s a picture of her: 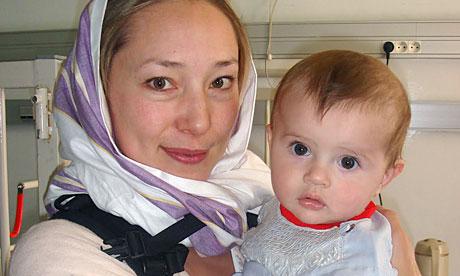 The picture suggests that she was more than just a pretty face and indeed she was:
A British doctor shot dead  by the Taliban was part of a humanitarian mission that had helped 2,000 Afghans, an inquest heard yesterday.
Dr Karen Woo was executed alongside nine other aid workers after they tried to cross a mountain river in August last year.
The 36-year-old, who was due to get married a fortnight later, suffered  ‘catastrophic’ injuries from two gunshot wounds in the attack.
Shortly before her death she had helped to save the life of a baby boy who was struggling to breathe.
Her team had been halfway through a 120-mile, three-week expedition in the northern Nuristan Province when they were ambushed.
But I am sure they had a real good reason for the attack, right?
At the time of the killing the Taliban claimed responsibility for the attack, accusing the International Assistance Mission – the group Dr Woo was working with – of preaching Christianity.
This charge was denied, but I am sure the next time a child is dying of an easily-treatable disease, the parents will take comfort in the fact that the Taliban has protected them from those evil Christians, right?  Sarcasm aside you have to think that nothing discredits their version of Islam more than behavior like this.  There could be no greater illustration of what this fight really is about—a fight between those who love freedom and life and those who worship death.  These Islamofascists call the person who intentionally blows himself up in a crowd of schoolchildren a martyr, while those of us on the side of life call Ms. Woo the true martyr.
This confusion over the correct meaning of the word "martyr" echoes the confusion that persisted in America over the word "liberty" in the nineteenth century.  As Lincoln said once when praising Maryland’s gradual emancipation laws:
The world has never had a good definition of the word liberty, and the American people, just now, are much in want of one. We all declare for liberty; but in using the same word we do not all mean the same thing. With some the word liberty may mean for each man to do as he pleases with himself, and the product of his labor; while with others the same word may mean for some men to do as they please with other men, and the product of other men’s labor. Here are two, not only different, but incompatable things, called by the same name—liberty. And it follows that each of the things is, by the respective parties, called by two different and incompatable names—liberty and tyranny.
The shepherd drives the wolf from the sheep’s throat, for which the sheep thanks the shepherd as a liberator, while the wolf denounces him for the same act as the destroyer of liberty, especially as the sheep was a black one. Plainly the sheep and the wolf are not agreed upon a definition of the word liberty; and precisely the same difference prevails to—day among us human creatures, even in the North, and all professing to love liberty. Hence we behold the processes by which thousands are daily passing from under the yoke of bondage, hailed by some as the advance of liberty, and bewailed by others as the destruction of all liberty. Recently, as it seems, the people of Maryland have been doing something to define liberty; and thanks to them that, in what they have done, the wolf’s dictionary, has been repudiated.
Likewise the Islamofascist definition of the term “martyr” is from the dictionary of the wolf and we can only hope that the good people of Afghanistan will repudiate that dictionary.
Ms. Woo, I am certain, is in a place of no pain, no sadness.  So my thoughts tonight are with the family and fiancé she left behind in the hope that their grieving hearts might be healed.
----------------------------------
Follow me at Twitter @aaronworthing, mostly for snark and site updates.
Posted by A.W. at 11:31 PM

Email ThisBlogThis!Share to TwitterShare to FacebookShare to Pinterest
Labels: islamofascism