Fisking Erika Christakis; or “How You Are Infringing on my Right to a Pony”

So there is some howling today because over at Time Magazine, Erika Christakis has advocated that if you really feel strongly about opposing the employer abortion/contraception mandate, well you should go to jail for your beliefs.  Myself, I don’t find that to be that outrageous given that many Christian leaders have said they are willing to go to jail for their beliefs, but what I found interesting was the sheer illogic of her argument—really, a rationalization—for her position.  Let’s fisk this sucker:
There was lots of excitable talk last week about birth control, with President Obama dialing back his initial plan for mandating contraceptive coverage to exempt employers who object to such coverage on religious grounds. In those cases, the health-insurance provider, rather than the employer, will be on the hook to pay for the services.
And that is B.S. because the provider will then pass the costs onto the customers and employers.
Tellingly, health-insurance companies seem quite happy with this compromise, knowing, as they do, that paying for contraceptives is a lot less costly than paying for pregnancies and neonatal care.
First, wow.  You heard of death panels?  Well, apparently she favors “never be born in the first place panels.”  What a joyfully misanthropic sentence, arguing that all-in-all its just cheaper if we are never born.
And as a point of fact, the insurance companies are not so thrilled about this.
Despite the support of a healthy majority of Americans of all faiths, Republican presidential candidate Newt Gingrich inexplicably described the compromise as “even worse” than the original plan.
Well, those majorities are only obtained when people are asked questions that greatly distort reality, so again your polling is flawed.  And in any case, irrelevant.
And she goes on a bit pretending that this is purely about contraception (and not about things like the abortion pill), and talking about how out-of-control unwanted pregnancies are and then writes:
Is this really a time to try to limit contraception? What about the reckoning of the reality of human lives?
Except we are not contemplating a limit to contraception—or the abortion pill, for that matter.  No one is talking about prohibiting their use.  They are talking about whether to force a group of employers who previously didn’t provide contraception and abortion pill coverage to provide such coverage.  So we are not talking about reducing the availability of these treatments, just a failure to increase availability of them.
People who cry moral indignation about government-mandated contraception coverage appear unwilling to concede that the exercise of their deeply held convictions might infringe on the rights of millions of people who are burdened by unplanned pregnancy or want to reduce abortion or would like to see their tax dollars committed to a different purpose.
And there is what was implied in the last passage laid bare.  The right to contraception and the abortion pill in her mind is not merely a right to pay for it yourself, but the right to demand that other people pay for it for you.
Okay, then I have a right to a pony.  And therefore you must buy me a pony.  Now! 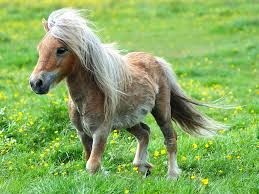 And this next part deserves to be quoted at length:

We all enjoy the multifold benefits of a plural society, but the social contract requires that we must occasionally stomach government policies that offend and outrage us. Most Americans choose to live with this trade-off because, on balance, the benefits of being part of a civil society far outweigh the costs. We are assured a level of comfort and safety, for example, that is unheard of in much of the world. We travel on relatively safe roads and airplanes; we rarely get sick from our drinking water. We can call the fire department in an emergency and hire publicly educated employees; we undergo surgery and cancer treatments developed from taxpayer-funded medical research. Our armies are voluntary. We can worship where and with whom we want. Our legal disputes are solved by the state, not an irate neighbor with a pitchfork.
Americans generally understand that their world doesn’t collapse when they are forced to live with decisions and values with which they disagree. It seems people are quite willing to be flexible on most matters, except in an election year and where sex is involved.
The cost of living in a democracy is tolerating moral judgments we don’t always like.
The funny thing about all of that is this: she just made an eloquent argument for banning abortion, gay marriage, gay sex, and even contraception if the majority supports such a thing.  After all according to her our world doesn’t collapse when people are forced to live with decisions and values with which they disagree, right?  And of course a ban on abortion, contraception, gay marriage or gay sex, would require people to “tolerat[e] moral judgments we don’t always like.”
And indeed, I find her claim that the religious objectors are being inflexible to be particularly galling.  So her definition of flexibility and tolerance requires those who believe that abortion is murder must not only tolerate it, but they must pay for it, too, and if they don’t they will go to prison?  So by flexibility, she means that those who disapprove of abortion must give up everything to those who support it.  It seems if anyone is being inflexible its the rabid pro-abortion advocates.
And yes, she does say that those who refuse to participate in this scheme should just go to prison:
For those who object, there’s a clear alternative. Protesting the Mexican-American War in the 1840s, Henry David Thoreau withheld his taxes with the understanding that he would have to go to jail for his principles. In reality, he only served one night in jail, but he was willing to pay the price for his convictions. Martin Luther King Jr. and Nelson Mandela paid a much higher price for theirs.
And it certainly is the case that sometimes our laws absolutely must be obeyed and thus the only choice we can give objectors is to go to jail.  You cannot opt out of the tax code, for instance, so Thoreau could only either pay the taxes or go to jail.  On the other hand, Dr. King was sent to jail based on an unconstitutional law and was eventually freed for that reason.  I think most of us agree that Dr. King shouldn't have been forced to go to jail.
And this mandate?  It is in my opinion unconstitutional as a violation of one’s right to boycott.  It’s one thing to say you have to pay taxes to the government.  But it is another thing entirely to say that I must purchase a product or service from a private company.  I have a right to dissociate with private persons and companies according to my conscience that, yes, the federal government cannot breach.
In the end her column is a symptom of the deep contradiction in the modern left, where on one hand they have become complete libertarians in the bedroom, but on the other hand they are complete totalitarians everywhere else—and this debate is where those two positions collide.  When talking about the right to gay sex, for instance, liberals like to say that what two consenting adults do is none of our business as long as it doesn’t hurt anyone else.  But when we move outside of that context suddenly everything I do apparently hurts someone else sufficiently to justify regulation.  This is why I have said before that Obamacare is a direct assault on the so-called right to privacy, and this is why I believe that Justice Kennedy will vote to strike the law down.  You cannot say on one hand “my body, my choice” and then turn around and advocate the complete control of every aspect of our healthcare.  It simply doesn’t make sense.
---------------------------------------
Follow me at Twitter @aaronworthing, mostly for snark and site updates.  And you can purchase my book (or borrow it for free if you have Amazon Prime), Archangel: A Novel of Alternate, Recent History here.  And you can read a little more about my novel, here.
Posted by A.W. at 1:19 PM