Exclusive: The Police Report on my SWATting

As regular readers following this site know, last week I was SWATted.  If you don’t know the term, it means when someone calls into the police and falsely reports that a crime has been committed at your house.  This is often done by fooling the computers into believing that the call is actually coming from your phone, and pretending to be you, confessing to a crime.  They call it SWATting (with the first for letters in capitals), because of the hope that it will send out a SWAT team, but usually what you get instead is a fairly aggressive response by ordinary officers.  This may sound like a prank, but the real world results are extremely dangerous.  People can get killed and is therefore a crime.
You can read Patrick Frey’s harrowing account of his SWATting here, and listen to Erik Erickson’s SWATting call and his account below:
And of course you can read my account of my experience here.
So today I went and got the police report.  I will warn you it doesn’t say very much and indeed with all the redactions they did and I did, it says very little.  But it does verify that the SWATting did occur.  Look below the fold.
Walker's SWATting Police Report (OCR)
I am actually a little surprised they listed it as “swatting” but they have said to me before that they have had a real problem with this down here in Prince William County, so they know the term very well.  When I was speaking to the officers afterward, I said “it’s like that line in the movie Broken Arrow: ‘I don’t know which is worse: the fact it happens, or the fact it happens often enough that they have a word for it.’”  (Which is not a very accurate quote at all, but it does get at the gist of it.) 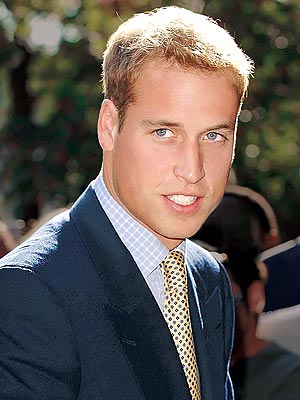 By the way, there is no truth to the rumor that they named Prince William County after this guy on the right (photo credit):
(Would that count as Rule 5 for the ladies?  I suppose it’s time I did that.)
In other news, I have been talking about getting a hold of the 911 call itself.  The short answer is pretty much I will not get a copy of it as long as the investigation is open.  I told the officer informing me of this that this was okay, “because I would rather nail the guy who did this, than satiate my own curiosity.”  Or to satiate yours, for that matter.  That being said, I am working to try to hear a copy of it, just because I am wondering if it sounds like the other three.  Now, even I do get to hear it, one question I am going to ask the police is whether it’s okay for me to write about it.  I don’t want to screw up their investigation, and I suspect the answer will probably be “no.”  But when I can say something, I will update you as soon as possible.
---------------------------------------
My wife and I have lost our jobs due to the harassment of convicted terrorist Brett Kimberlin, including an attempt to get us killed and to frame me for a crime carrying a sentence of up to ten years.  I know that claim sound fantastic, but if you read starting here, you will see absolute proof of these claims using documentary and video evidence.  If you would like to donate and help my wife and I in this time of need, please go to this donation page or use the PayPal buttons on the right.  And thank you.
Follow me at Twitter @aaronworthing, mostly for snark and site updates.  And you can purchase my book (or borrow it for free if you have Amazon Prime), Archangel: A Novel of Alternate, Recent History here.  And you can read a little more about my novel, here.
---------------------------------------
Disclaimer:
I have accused some people, particularly Brett Kimberlin, of reprehensible conduct.  In some cases, the conduct is even criminal.  In all cases, the only justice I want is through the appropriate legal process—such as the criminal justice system.  I do not want to see vigilante violence against any person or any threat of such violence.  This kind of conduct is not only morally wrong, but it is counter-productive.
In the particular case of Brett Kimberlin, I do not want you to even contact him.  Do not call him.  Do not write him a letter.  Do not write him an email.  Do not text-message him.  Do not engage in any kind of directed communication.  I say this in part because under Maryland law, that can quickly become harassment and I don’t want that to happen to him.
And for that matter, don’t go on his property.  Don’t sneak around and try to photograph him.  Frankly try not to even be within his field of vision.  Your behavior could quickly cross the line into harassment in that way too (not to mention trespass and other concerns).
And do not contact his organizations, either.  And most of all, leave his family alone.
The only exception to all that is that if you are reporting on this, there is of course nothing wrong with contacting him for things like his official response to any stories you might report.  And even then if he tells you to stop contacting him, obey that request.  As you will see by the time I am done telling my story that this is a key element in making out a harassment claim under Maryland law—that a person asks you to stop and you refuse.
And let me say something else.  In my heart of hearts, I don’t believe that any person supporting me has done any of the above.  But if any of you have, stop it, and if you haven’t don’t start.
Posted by A.W. at 4:36 PM