This is the latest post in what I half-jokingly call The Kimberlin Saga®.  If you are new to the story, that’s okay! Not everyone reads my blog.  The short version is that convicted terrorist Brett Kimberlin has been harassing me for over three years, his worst conduct being when he attempted to frame me for a crime.  I recognize that this might sound like an incredible claim, but I provide video and documentary evidence of that fact; in other words, you don’t have to believe my word.  You only have to believe your eyes.  Indeed, he sued me for saying this and lost on the issue of truth.  And more recently when his wife came to us claiming that this convicted terrorist had threatened her harm, we tried to help her leave him, and for that, he sued myself, John Hoge, Robert Stacy McCain and Ali Akbar for helping his wife and for calling him a pedophile.  He lost on the issue of truth.  He is also suing Hoge, Akbar, Dan Backer, DB Capital Strategies, Michelle Malkin, Glenn Beck, Patrick “Patterico” Frey, Mandy Nagy, Lee Stranahan, Erick Erickson, Breitbart.com, the Blaze, Mercury Radio Arts, Red State, the National Bloggers Club, and  others alleging that we are all in conspiracy to defame him because we reported factually about the spate of SWATtings committed against myself, Frey and Erickson.  So, if you are new to the story, go to this page and you’ll be able to catch up on what has been happening. 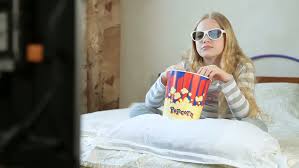 As I mentioned yesterday, Brett Kimberlin was trying to get Ace of Spades’ identity in two courts at once.  We saw a federal court refuse to provide a protective order on Monday.  I found that out literally as I was putting the finishing touches on the document in this post, which made me wonder if I should bother submitting.  I decided I wanted to because the fight might not be over in federal court.  First, the deficiencies (Federal) Judge Hazel pointed to were technical, only, and he seemed to leave open the door to them re-filing and improving on those technicalities. Second, there are always appellate options.  So best to oppose it in the state court and hope that the federal courts do the right thing.

So I filed this.

It is a little rushed, so it suffers from a few minor typos and apparently a big error where I accidentally deleted some last minute text.  Which is unfortunate, but it happens.

And it feels good to have put Mandy Nagy’s statute of limitations issues before the court.  As I shared yesterday, Popehat is asking other lawyers to represent her, and of course I don’t represent her.  But that doesn’t mean I can’t say anything that might help her.

Finally, since some asked, yes, I am publishing Brett’s dumb motion he filed under seal, but that is coming Monday.  And I will refute his outright lies at that time, too.

As a preview, what do you think this case might have to do with Brett Kimberlin?

Stay tuned, and for God’s sake, stay stocked up on popcorn!

And let me say something else.  In my heart of hearts, I don’t believe that any person supporting me has done any of the above.  But if any of you have, stop it, and if you haven’t don’t start.
Posted by A.W. at 5:59 PM