Well, it is Monday and thus it is time for another court document filed in Brett Kimberlin’s silly RICO suit.  Previously, Twitchy’s able counsel, Mike Smith, accused Brett Kimberlin of scheme to trick Twitchy into falsely believing they were a party when they were not.  And in the same post, I showed you Brett’s only reply at that point in time: a motion to supposedly correct the caption, which was in fact a motion for leave to amend.

Since then, Brett has filed an opposition to the motion to dismiss that accused him of criminal acts like forging a summons, but today I am going to show you the first of two oppositions to that attempt to add Twitchy as a party.  Previously, you might have seen where John Hoge had filed his own opposition.  Well, now you can see mine:


Opposition to Motion to Amend (Redaction)

One big point you might notice is that I don’t even touch (except in the slightest way) was the subject of prejudice, figuring it was virtually certain that Twitchy would file an opposition and that Mr. Smith would do an able job.  I figured Twitchy could speak better than I could about how they were harmed because I am not them.

Bluntly, I was completely outclassed by what Twitchy filed.  You will see what I mean, probably tomorrow, when I show you.  But really his opposition was much better than mine.

Which doesn’t mean I didn’t still contribute.  My joke is that lawyers are like the Geth... 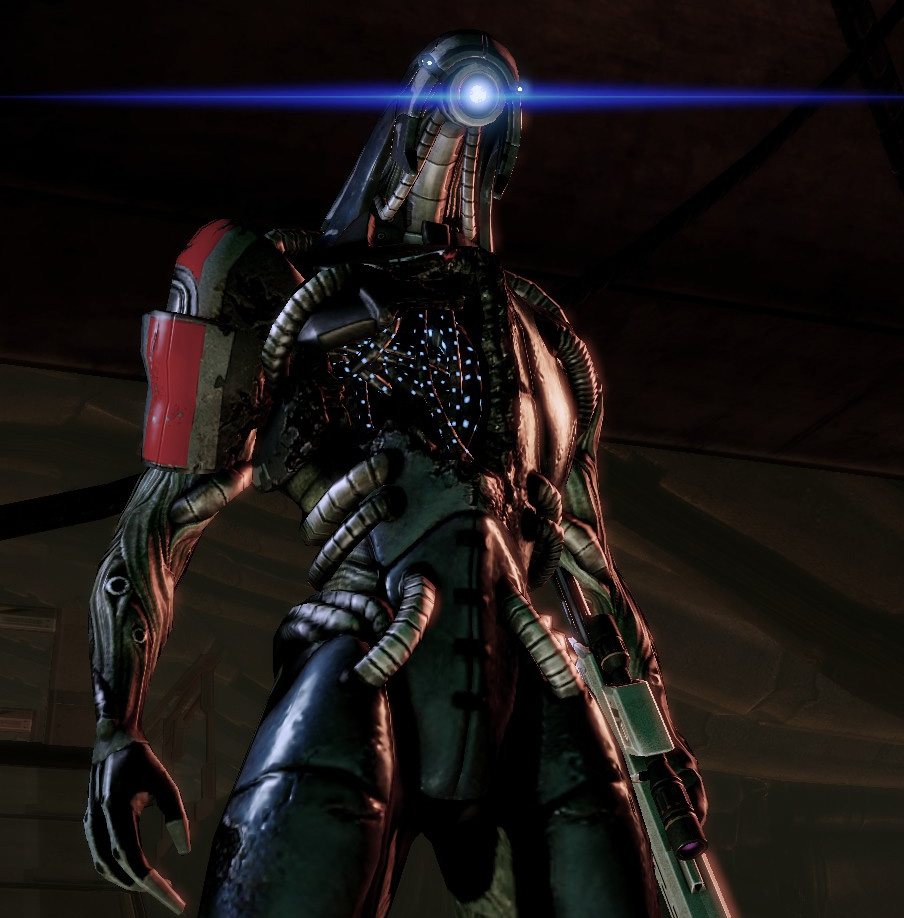 ...we are smarter in groups than the sum of our parts.

(And for those of you who are not fans of Mass Effect, perhaps this Wiki will make you understand the joke.)

So on one hand, I see lawyers very clearly borrowing ideas from me and John, particularly the idea that Brett Kimberlin might be defamation proof, an idea I have floated from literally the first time I even found Brett Kimberlin interesting enough to discuss in a blog post, writing:

[Ron] Brynaert is almost certainly referring to this case, involving the alleged defamation of Brett Kimberlin, the convicted terrorist known as the Speedway Bomber.  I suppose next he will assert that I have defamed bin Laden.  Seriously, defamation is a cause of action for damage to reputation; does Kimberlin even have a public reputation capable of being damaged?

Oh, the idea got beefed up over time with more law supporting it, but the basic intuition of “how the hell do you even defame a guy as scummy as that?” was intact from even that first writing.  It was always the best, most common-sensical argument against liability for any alleged defamation, in my opinion.  And that was the day before Brett Kimberlin first began his campaign of harassment of me.  If it was set off by that post, Kimberlin truly has no sense of proportion, does he?

And meanwhile on the other hand, I borrow from the other lawyers.  And sometimes I say something in document A, and they say something else in document B, and together both of our arguments are stronger for the existence of the other.  Brett will probably see and claim some kind of great conspiracy, here, but 1) there is nothing wrong with defendants coordinating in their defense and 2) we aren’t really doing that anyway.  It’s more like that there is so much wrong with Brett’s documents that it takes multiple lawyers to explain to a court what all is wrong with it.

But otherwise I will let the document speak for itself.  And in any case, I am far too busy with the next fun filings to write a short novella here.  As I tell you good folks regularly, the case comes first, the blog comes second.  I could devote a few minutes to writing a quickie post giving you this document, but a longer essay will have to wait.

Finally, dear reader, to show you that SLAPP suits are not confined to sociopathic convicted terrorists or pedophiles, let me direct you to a post by Popehat discussing a frivolous suit by Steve Stockman.  It deserves more attention than I can give it as a genuine outrage against the First Amendment by a Representative who swore to uphold it.

And let me say something else.  In my heart of hearts, I don’t believe that any person supporting me has done any of the above.  But if any of you have, stop it, and if you haven’t don’t start.
Posted by A.W. at 6:56 AM