How’s this for a Pornoriffic Headline? 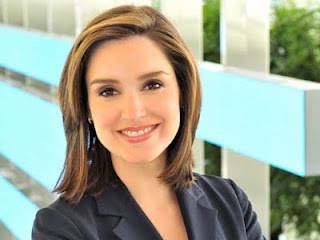 And here is the picture:
The article itself is boring economic stuff, but wow, doesn’t that get the average male’s attention, at the thought of her unbuttoning her, ahem, titans?
Its both dirty and ingenious.  Well played.
Update: And looking through the comments, we have a collection of guys making horny comments and a few people criticizing it.  I think this commenter has a point, when s/he says “Good going, Gillian. Your headline is sexist and demeans women reporters, yourself included.” Gillian refers to the post’s author.
On one hand, the commenter is right.  On the other hand, it’s hard to summon any reaction more than amusement. Its too ham-handed to have any other reaction.
Posted by A.W. at 7:44 PM