On Collective Blame and “Root Causes” and Juan Cole

So, Mr. Cole, help me out here.
So on September 11, nineteen Muslims murdered around 3,000 Americans.  You know, like this guy: 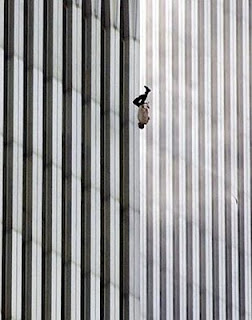 But, Mr. Cole tells us, it would be wrong to blame all Muslims for that.  On a different subject he said, “[c]ollective guilt and collective punishment are always wrong[.]”  And he is right.  Collective blame is wrong, and leads to a lot of other wrong things.
And then he takes it further and says that to oppose the GZM is collective guilt, stating that opponents of the mosque “identify Islam with the attackers (even though Usama Bin Laden openly said of the hijackers that ‘those young men had no fiqh [Islamic law]‘– i.e. they were lawless secret operatives rather than proper Muslims.)”
(Yes, that is right.  He is trying to claim that Osama bin Laden said the nineteen hijackers were not proper Muslims.  What crap.  I mean, I can accept a moderate Muslim saying that, but no, not bin Laden.)
Now I have to part ways with them on that, but my opposition to that is not, contrary to their silly claims, based on collective blame but the belief that this will hand our enemies a propaganda victory and because this particular group appears to be radicals in moderate clothing.
But then along comes a man named Michael Enright who allegedly viciously attacks a cab driver, allegedly because he is a Muslim.  So then Mr. Cole wants to wants to tar all conservatives, or at least the Republican party as being to blame for the actions of one emotionally disturbed man.  Um, isn’t that collective blame?
Oh, and if that isn’t contradiction enough, he is also one of those people on the left who wants us to look into the “root causes” of terrorism,” by which he means that we should realize that terrorism is caused by deep injustice and if only we eliminated that injustice there would be no more terrorism.

But when Tim McVeigh kills hundreds of people he is not interested in root causes.  And gee, if we were looking into root causes of Michael Enright’s alleged actions, they might decidethat putting up that mosque was an injustice that motivated him.  But that thought doesn’t entire Cole’s little mind.
Now mind you, we shouldn’t look into root causes to excuse terror.  I mean take Tim McVeigh.  He wanted to start a white Christian rebellion that would eventually take over the government and nuke Israel, just like in The Turner Diaries.  As for collateral damage, he cited the illustrious precedent of destroying the second Death Star at the end of Return of the Jedi.  In other words, he is a racist idiot.  That is the cause of his evil.  And really in general, if you commit an atrocity, maybe you are not the best judge of right and wrong.
So I don’t object to Cole not wanting to find the “injustice” driving Enright.  I just wish he would be consistent about it.  And about everything, for that matter.
Posted by A.W. at 10:05 PM