Update: Thanks to DonkeyTale for the link, as well as numerous twitterers.


Update (II): And thanks to Blazing Cat Fur for the linky goodness as well.

So this is the latest installment in the Kimberlin saga.  As regular readers know, a few weeks back Ron Brynaert and then Brett Kimberlin engaged in a campaign to determine my true identity.  In Kimberlin’s case, this convicted terrorist (bomber, specifically) (Kimberlin v. White, 7 F.3d 527 (6th  Cir. 1993)) and perjurer (Kimberlin v. White, 798 F.Supp. 472 (W.D. Tenn. 1992)) subpoenaed Google and Comcast in order to obtain my identity and address.  The latter subpoena was issued without providing notice to me as required by Maryland civil procedure.  I filed a response in that case last Thursday, which you can read here (and there are links there to catch up on this whole saga).  My filing has been described by DonkeyTale as “one of the most epic pantsings I have ever seen performed anywhere” so it might be worth a read.
And regular readers would also know that because of the rules of court which frankly does not yet take account for this situation, I had to find a Maryland attorney to represent me and Ken at Popehat helped me to obtain one.
So last Friday, Brett Kimberlin sent my lawyer an email.  And I am going to quote it to you in full,* and fisk the entire thing.  Now, naturally I do not plan to reveal to the world if he has also entered into any settlement negotiations with me, because those are special.  We want to encourage that kind of discussion without fear that the other side could use it against them.  Indeed the rules of evidence limits my ability to use such discussions in court.  And while nothing legally prevents me from publicizing any attempts to settle, it seems like good policy.
But this email isn’t about attempting to settle things, as you will soon see.  In my opinion, this email was an attempt to deprive me of my counsel, and as such this latest act of thuggery (in my opinion) by this crew is fair game.
So pull up a bowl of popcorn and let the fisking begin, and please note that all spelling errors were in the original, with the caveat you will see at the end in the footnote:

[Update: I have changed the formatting so his words are in red and italicized, so it is easier to separate what he says from other sources I quote.  Let me know if that helps make this more readable.]
From: [Brett Kimberlin]
Date: Friday, December 30, 2011 12:09 PM
To: [My Maryland lawyer]; [her associate]
Attach: Socrates Final Peaace Order.pdf
Subject: FW: Kimberlin v. Allen
Dear [My Maryland Lawyer]:
Nice chatting with you. Please do not send this email to Mr. Worthing because he will post it on the Internet as he did with my legal communications to him. 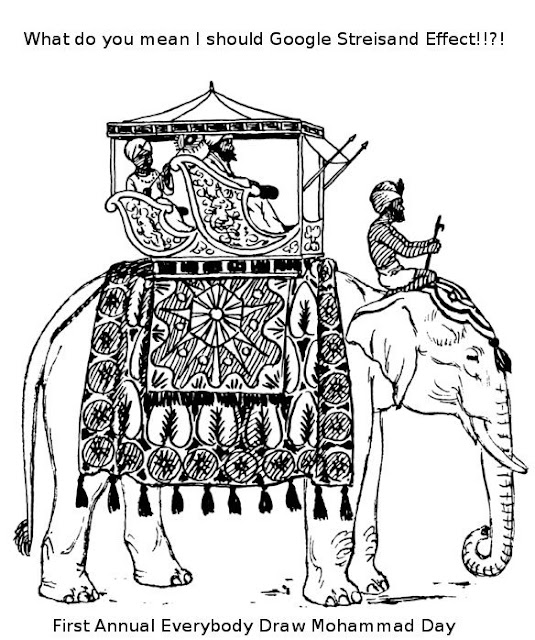 So, if you want all of this to go away, then stop trying to suppress the truth.  Stop trying to silence people who tell the truth.  And stop trying to bully lawyers for nothing more than giving people legal advice.  Ask for the judge to dismiss the injunction against Mr. Allen and go away and leave us alone.  I barely gave two craps about you before you tried to risk the lives of my wife and I, and if you leave me alone, I will quickly go back to not caring about you again.  I can’t tell you what Seth might do, but can’t you see that your conduct has elevated the man?
That’s what Judge Jordan told Seth Allen to do, but he refused to comply with that order...
Really, Brett?  That was an order and not just a recommendation?  Can you prove that?  Because I don’t trust you to even know the difference let alone to be honest about it.
...or the permanent injunction.
Which only forbade him from tortiously interfering with your business relations, and from defaming you.  I don’t know that he has done either and I certainly am not going to trust your word on the subject, especially when you say things like this:
Mr. Worthing has egged him on and advised him to violate the order.
Which is a flat out lie.  While I can’t share with you what advice I gave to Mr. Allen, I can say this with absolute certainty: he does not have a shred of evidence suggesting that I ever told Mr. Allen to defame Kimberlin or to violate the order.  Indeed as I showed in my filing, I once deleted one of Mr. Allen comments on the possibility that it might violate the injunction, and then asked him for a copy of the injunction for future reference.  That is the respect I showed for the order.
Now Mr. Worthing is arguing frivolously that the injunction is tainted because I am a felon.
Dear reader, why don’t you read my filing for yourself and decide if I have made that argument of not.
He is urging criminal prosecution of me for what he frivolously argues is perjury.
Actually, I only said in my filing that he lied to the court.  Perjury is a legal conclusion that others will have to draw, so I have not argued that he committed perjury, only his conduct should be referred to appropriate authorities to determine whether he committed perjury.  And I will leave it to you, dear reader, to decide how seriously to take my allegations.
He chose this fight and he will have to answer to the Court and the Bar for his conduct.  Maybe he has a First Amendment right to blog anonymously, but he does not have a First Amendment right to violate the Rules.
But the rules are limited and even trumped by the First Amendment when appropriate.
And I don’t believe that any Court or Bar will allow Mr. Worthing to remain anonymous after violating the Rules so blatantly.
Which demonstrates that he doesn’t know how a bar association investigates potential violations of the rules.  First, it decides whether there is enough of a case to even bother—a step I doubt Kimberlin will get past.  Then they will conduct a confidential investigation.  So it is only if they decide I have acted inappropriately that my name might come out, and a fat chance of that happening.
I am a victim of stalking. I have a final Peace Order issued by a judge against Mr. Allen for stalking and death threats. I have a permanent injunction against Mr. Allen prohibiting him from defaming me or interfering with my businesses.  Mr. Worthing’s conduct over the past week, even if it did not before, has crossed the Brodie line.
He is referring to Independent Newspapers v. Brodie, 966 A.2d 432, 457 (Md. 2009) which only applies when determining the name of a party to litigation, as I mention in my filing.  I am not a party but a witness, which means that a different, more stringent set of rules should apply.  But that’s in my filing.
He is publishing attacks on me personally in order to defame me and interfere with my business.
Actually, my intention is to defend myself and call attention to this abusive legal action.  But here’s the other thing.  Not all interference with business is illegal.  Instead the cause of action is actually known as tortious interference with business relations, meaning that the interference has to be wrongful in some way.  In the ordinary function of a free market economy, businesses interfere with each others relations all the time.  So for instance if I manage a Burger King and I go into a McDonalds and recruit every single employee over to my restaurant by urging them to lawfully terminate their employment relationship with McDonald’s and to come work for me, that is interfering with that restaurant’s business, but it is not illegal.  Likewise if telling the truth about you, Brett, is harming your business, tough.  The First Amendment allows me to tell the truth.  I suppose next he will think that Ford can sue Consumer reports if they give a poor review to their latest car.
Indeed just the other day I talked about a Virginia law that addresses conspiracies to interfere with business relationships and to harm one’s reputation.  You see, I know something about these laws, Brett, because I deal with them in my day job.  And I know what constitutes a violation and what does not.
But get ready for more chutzpah, folks:
You attempted to frame this as I am angry. No, I am a stalking victim and Mr. Worthing is continuing the stalking.
Yes, that is right, I forced him to drag me into this suit and to try to out me.  I am so tricksey that way.

Really Beth, what lawyer in their right mind would attack a stalking victim with the same conduct that two judges in two different courts have found constitutes stalking, harassment etc.
Really Brett, two courts found this?  Because I know of one court case, where you won by default.  In other words you won because the other side didn’t show up to fight.  That is far from any kind of definitive finding.  And if you are referring to the “peace order” I have not engaged in the conduct that Mr. Allen did to earn that; I did not ruminate about murdering you.  So if that is what you mean, you have succeeded in defaming me again.
I am attaching the final Peace Order for your information.
You have some thorny legal issues to sort out. I will look forward to hearing from you by Tuesday.
Yeah, I am sure you gave her a good laugh.
----------------------------------
* There is one thing to note in my quotation of this email.  For some reason my copy substituted something like every 16th letter with an equal sign.  So for instance this:
Please do not send this email to Mr. Worthing because he will post it on the Internet as he did with my legal communications to him.
Actually looked like this:
Please do not send this email to Mr. Worthing becau=e he will post it on the Internet as he did with my legal communications t= him.
So technically I am guessing what letter went in the place of “=” in each case, but how can I say this?  Having lived my entire life with dyslexia, a disorder that causes my mind to sometimes spontaneously scramble words and letters, I am really good at guessing what a sentence should be saying.  But of course if Brett feels I guessed wrong on any of this, I will be happy to correct it.
He has my email address, after all.
----------------------------------
Follow me at Twitter @aaronworthing, mostly for snark and site updates.
Posted by A.W. at 1:54 AM