First, I have been a little under the weather and combined with being busy with other things, I have not been able to blog as much as I would like.  And of course there is lots of other things happening, but you will forgive me if I pay a little more attention to news about SWATting.

But to review a few events you might not have seen.  First, as I noted previously, Bill Schmalfeldt had made a threat last October to SWAT John Hoge—or more precisely it was made from an IP address, that Schmalfeldt has been known to use.  And then as Patterico pointed out, Erik Rush had a disagreement with Bill Schmalfeldt and what a coincidence, he was SWATted, too!

Meanwhile I appeared on the Huffington Post Live with several other people to talk about SWATting.  You can watch the program, here:


And one of the people on the show was California State Senator Ted Lieu, who was pushing some anti-SWATting legislation in California.  This is what he looks like: 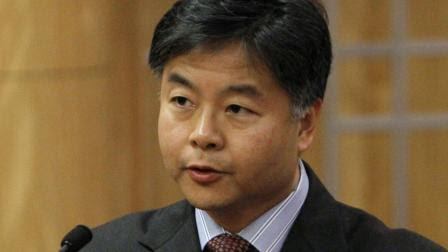 And in apparent revenge for that act, Mr. Lieu was SWATted.  From ABC 7 in Los Angeles:

Police received the report at about 1:10 p.m. Friday via an Internet service for the hearing-impaired.

Responding officers discovered the residence belongs to Lieu. It was a multi-unit response with fire department personnel on standby.

Officers made phone contact with Lieu's wife, who was home at the time. She exited the residence and police cleared the scene.

Police determined the call was a fake, known as a "swatting" incident (named for SWAT responses to some of the calls in the past).

Read the whole thing.  It’s like a bad mafia movie.  You try to punish the SWATters, you get SWATted.  Are they even intelligent enough to know that any law he passed couldn’t be applied to past crimes?

But this is in fact more serious than frankly my own SWATting.  This was clearly designed to dissuade Senator Lieu from pushing his law, and to terrorize other lawmakers into refusing to support it.  It is an attack upon the people of California’s right to govern themselves.  Consider what I wrote when Gabby Giffords was shot (like when it just happened):

And it highlights what is evil and undemocratic about this kind of thing. I don’t know Ms. Giffords from anyone. But what I know is that the people of her district chose her to represent them, to speak and vote on their behalf and even if she recovers the people of Arizona will most likely be denied that voice and vote until she recovers. One person vetoed the votes of all the people who chose her and that is wrong and evil, and yes, more serious than the average attempted murder.

Likewise Mr. Lieu and other state legislators represent their respective districts.  And this SWATter is trying to bully them into not obeying the will of the people, but caving in to what can only be described as terrorism.

Hopefully, Mr. Lieu will have the courage to stand up to that sort of thing.

And returning from my brief blogging hiatus, let me express my sorrow at the suffering of the people of Boston and my relief that it looks like the bastards are under control.  The only remaining question is they are in league with an international terrorist organization, or “lone wolves.”  Only time will tell.

Also it was very nice of the Huffington Post to let me tell a great deal of my story.  And indeed it was not a surprise to them when I mentioned my active stalking situation and that was indeed why the camera wasn’t on my face.  But I do deeply appreciate the opportunity.

And let me say something else.  In my heart of hearts, I don’t believe that any person supporting me has done any of the above.  But if any of you have, stop it, and if you haven’t don’t start.
Posted by A.W. at 2:19 AM