Brett Kimberlin Accuses Himself of Obstruction of Justice (Part 6): Oh, Other (McCain), Where Art Thou?

So this is part of an ongoing series where I have been pointing out all the lies and half-truths in his amended complaint (previously here, here, here, here and here).  I say this is him accusing himself of obstruction of justice because 1) he has claimed that lying to the FBI is obstruction of justice under various statutes and 2) his self-described “friend” Bill Schmalfeldt has said that he handed over the complaint or substantially similar information to the FBI in the hopes of starting a RICO investigation... against Simon and Schuster... claiming they are in some kind of mafia...

Yeah, so I am sure the FBI is taking this real seriously.

So we reach the lie of the day and as I said for the next few days I will pick smaller lies just because people are less likely to tune in on a Friday, Saturday or Sunday.  And today’s lie is contained when he states on page four, paragraph seventeen, that:

As regular readers of the excellent Hogewash already know (and if you are not a regular reader, why the hell not?), McCain simply does live anywhere in Maryland.

Look, the truth is Brett Kimberlin doesn’t know where McCain lives.  In those circumstances it is appropriate to put down the last known address and if the address was in the case’s caption, I would have understood it as such.  But to say that McCain positively lives at a location certain, when Kimberlin has no idea where he lives, is a lie.  He is saying to the court: “I know exactly where he lives, for certain, and it is at X.”  Getting the address wrong isn’t necessarily a lie, but it is a lie to tell the court you know where he lives when you don’t.  There is a proper way to signal to the court when you are not certain of a fact.  I would tell you, dear reader, but we don’t want to educate Pippin Took. 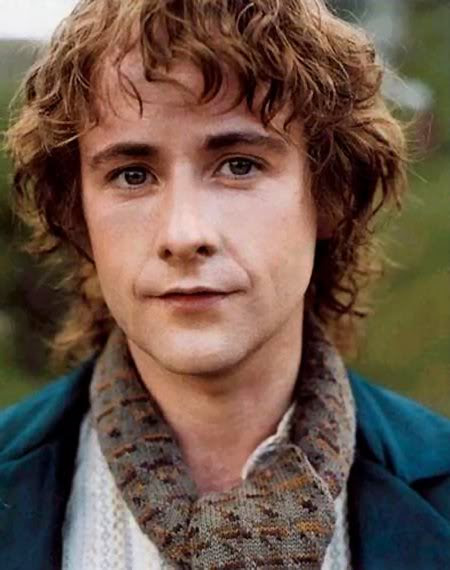 Brett does this a lot, claiming to know a fact that is either 1) just plain wrong or 2) he couldn’t possibly know, such as the contents of third party conversations.  So expect me to point this out on a regular basis.

Also as a bonus, Kimberlin called McCain merely a blogger.  Now I know that Michelle Malkin was kind enough to proudly declare herself that she is “just a blogger.”  It goes with her personality that she would not assume the elite status of journalist.  And in the law, whether one is a journalist or a blogger should make no legal difference.  But by no reasonable definition of “journalist” is McCain or Malkin not journalists, too.  Malkin is a syndicated columnist and McCain writes regularly for the American Spectator.  For instance, here is some recent work reporting on a certain pedophile...

There should be no distinction legally or even linguistically between a mere “blogger” and a journalist.  Journalism isn’t about where you write or membership in certain organizations.  It’s something you do.  A journalist gathers information, presents it fairly, even potentially analyzes and comments on it.  That is what many bloggers do and many so-called “journalists” don’t.  But the world I imagine, where the title of blogger or journalist is irrelevant doesn’t exist yet.  Brett recognizes that being a mere “blogger” reduces a person in the eyes of some judges.  So he degraded McCain professionally, and did so dishonestly.

So let’s review, including the lies from the previous posts, with the new lies being underlined:

Lie #1: claiming I filed anything for Seth Allen or helped Mr. Allen to file anything himself (repeated in the passage featured today.)

Lie #2: claiming that I filed anything “attacking” (including criticizing) any of the judges in Kimberlin v. Allen.

Lie #3: claiming none of the Defendants have ever contacted him for comment about the SWATting story.

Lie #4: claiming I have intimidated anyone, ever (and necessarily that anyone “conspired” with me to intimidate anyone).

Lie #6: claiming I have defended Seth Allen’s “attacks” on Judge Jordan (which as best as I can tell were just criticisms, albeit intemperate, ineffective and ill-advised ones).

Lie #7: claiming that my blog, Everyone Draw Mohammed was dedicated to “attacking, smearing, mocking and insulting” Islam or Mohammed.  (And really that is kind of a two-fer, isn’t it?)

Lie #8: claiming that my blog solicited “vile, pornographic and insulting depictions of Mohammed.”

Mendacity  #1: when he gives the impression that I intervened in Kimberlin v. Allen out of the blue and motions on my own initiative when in fact each and every one of them were filed in response to some action Brett took directed at me.  I have no standing to intervene, otherwise.

Mendacity  #2: when he fails to note that he instructed many of the defendants not to harass him, which includes unwanted contact making it more difficult to contact him for a response to the SWATting story.

Mendacity  #3: when he pretends his denials have any value whatsoever.  If his denials are meaningless then why is it even relevant whether we contacted him to obtain it?

Mendacity #4: when he pretends that I did anything improper by filing motions in Maryland anonymously, when I was given specific permission by the court to do exactly that.

Mendacity #5: when he pretends that Malkin and McCain are just bloggers.

So that is now eleven lies and five merely misleading statements in less than seven paragraphs (including where he talks about Malkin).  Be sure to tune in tomorrow for part seven.

But really, if the truth was on his side, why is he lying so much?

And let me say something else.  In my heart of hearts, I don’t believe that any person supporting me has done any of the above.  But if any of you have, stop it, and if you haven’t don’t start.
Posted by A.W. at 8:20 AM