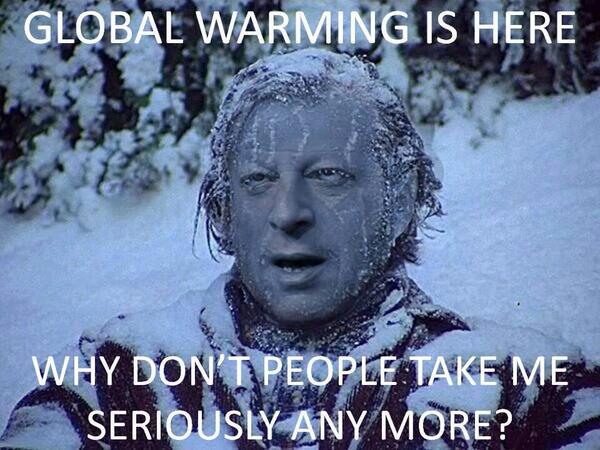 So @ProfChrisTurney the ice you global warming types said would be melting is thick enough to land a copter on, huh? http://t.co/cyv2ZCf4Im
— Aaron Worthing (@AaronWorthing) December 30, 2013

I mean aren't you embarrassed @ProfChrisTurney that your global warming expedition is trapped in the ice?
— Aaron Worthing (@AaronWorthing) December 30, 2013

If you couldn't have seen that ice problem coming, why should we trust any other meteorological predictions from you? @ProfChrisTurney
— Aaron Worthing (@AaronWorthing) December 30, 2013

Shouldn't the incorrectness of your global warming predictions lead to a reevaluation of your hypothesis? @ProfChrisTurney
— Aaron Worthing (@AaronWorthing) December 30, 2013

And if this doesn't lead you to reevaluate your belief in global warming, then isn't it time to admit it's a religion? @ProfChrisTurney
— Aaron Worthing (@AaronWorthing) December 30, 2013

I mean that's the difference b/t a scientific theory and a religion: religions tend to be unfalsifiable. @ProfChrisTurney
— Aaron Worthing (@AaronWorthing) December 30, 2013

So if the evidence you are trapped in doesn't shake your belief in global warming, then isn't it really a religion? @ProfChrisTurney
— Aaron Worthing (@AaronWorthing) December 30, 2013

At the very least if you are going to trash our economies and limit our freedom, shouldn't you have more proof? @ProfChrisTurney
— Aaron Worthing (@AaronWorthing) December 30, 2013

Fortunately all ended well, (though not before additional hilarity ensued) and it was just comedy and not tragedy, but yes, I think it is fair to hold it against the Global Warming movement in general.  After all, if Mr. Turney’s expedition had been successful and they found less ice than Mawson did, you know they would be holding it up as proof of how dangerous global warming is.  A documentary probably would have been produced, with ominous music playing as the narrator intones about the dangers of global warming.

And yes, it is another example of predictions not coming true.  Here’s Al Gore saying that the North Pole could be completely melted in five years, in 2008:

Well, we are there, now.  And a global warming expedition—in what is summer in the Southern hemisphere—got defeated by an unexpected amount of ice.  What could be a more profound example of the wrongness of the theory of global warming?

Indeed, this “polar vortex” thing everyone is talking about?  Today Time magazine blames it on global warming.  But in 1974, they were more plausibly blaming it on global cooling.

Hey, maybe despite all the bad predictions and bull we are damaging the environment.  But they are proposing that our freedoms be restricted and our economies harmed, and if they are going to ask that of us, they are going to have to produce much better proof than they have.

And let me say something else.  In my heart of hearts, I don’t believe that any person supporting me has done any of the above.  But if any of you have, stop it, and if you haven’t don’t start.
Posted by A.W. at 9:42 PM