So, dear reader, we dribble out another yet document in Brett Kimberlin’s uncommonly silly RICO suit.  Now admittedly this is probably about to be mooted, like many of the documents I have yet to share with you, but it is real fun.  Besides the now stale revelation that Brett was admitting defeat—over and over saying that he wanted leave to amend the complaint he previously claimed was just plain awesome—we have him giving another version of his passion play, saying over and over again that he doesn’t wear a Scarlet Letter.  Indeed, he goes beyond the passion play and goes all Godwin’s law on us.  Ah screw it, let me quote this in the text of the post:

Defendants Malkin and Twitchy argue in their Motion that their conduct is justified because Plaintiff was convicted of crimes 35 plus years ago. Reading their brief is absolutely shocking because it makes the same arguments made in bygone eras where blacks were hanged because of their color, where women were burned as witches because they were different, where gays were tortured and tied to fence posts to die because of their sexual orientation, and where Jews and Gypsies were exterminated in the name of ethnic purity. In all these cases, the actors justified their behavior on the grounds that the victims were not worthy of life because they were lesser humans.

This, from a man who has demonstrated bigotry toward the disabled.  But how can he claim that he is being similarly persecuted?  What unfairly stigmatized group does he belong to?  Well, the same group that he claimed Patrick Frey was unfairly discriminating against: criminals.  Yes, really.  From the very next line:

In the United States, there are more than seven million people in prison, on probation or on parole, and there are tens of millions more who, like Plaintiff, have served their sentences and are no longer under supervision. In the United States, there is a presumption that once a person serves his sentence and moves on to a legitimate lifestyle that the person should be able to so unmolested by other members of society.

Well, first, I don’t believe anyone has accused anyone of molesting Brett Kimberlin.  Really between him being a molestee or a molester, I think we don’t have to worry about him being the victim of molestation.

But joking aside, the idea that there is a legal presumption that he is a good and productive member of society simply doesn’t exist.  Don’t take my word for it: take the word of the Supreme Court.  Consider, for instance, what the Supreme Court said in Lawrence v. Texas, which struck down laws outlawing gay sex, more or less.  In that case, one of the reasons why they didn’t want gay sex to be a crime any longer was because they didn’t want gay persons to bear the “Scarlet Letter” of criminality, writing that otherwise:

The petitioners will bear on their record the history of their criminal convictions. Just this Term we rejected various challenges to state laws requiring the registration of sex offenders. Smith v. Doe, 538 U. S. 84 (2003); Connecticut Dept. of Public Safety v. Doe, 538 U. S. 1 (2003). We are advised that if Texas convicted an adult for private, consensual homosexual conduct under the statute here in question the convicted person would come within the registration laws of at least four States were he or she to be subject to their jurisdiction. Pet. for Cert. 13, and n. 12 (citing Idaho Code §§ 18-8301 to 18-8326 (Cum. Supp. 2002); La. Code Crim. Proc. Ann. §§ 15:540-15:549 (West 2003); Miss. Code Ann. §§ 45-33-21 to 45-33-57 (Lexis 2003); S. C. Code Ann. §§ 23-3-400 to 23-3-490 (West 2002)). This underscores the consequential nature of the punishment and the state-sponsored condemnation attendant to the criminal prohibition. Furthermore, the Texas criminal conviction carries with it the other collateral consequences always following a conviction, such as notations on job application forms, to mention but one example. 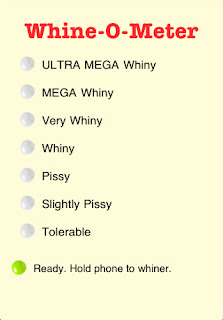 The Supreme Court struck down that sodomy statute, because they believed it was wrong to fasten the stigma of criminal conviction upon a person simply because they had adult, consensual sex.  But the Supreme Court is never going to say it is wrong to fasten such a stigma to convicted criminals.  Indeed, far from presuming that a person is a clean slate once they serve their time, it is permissible to hold a person’s criminal history against them in 1) hiring and firing from a job, 2) housing, 3) jury selection, 4) gun ownership, 5) the admissibility of their testimony, and 6) the right to vote.  Sex offenders often have to register as such long after they have been let out of prison for their crimes, and the government regularly discriminates even among criminals depending on the severity of their criminal past, punishing repeat offenders more harshly than persons who committed a single crime.  Bluntly, Brett is pulling legal arguments right out of his behind.

Defendant Malkin argues that she has a First Amendment right to defame Plaintiff because he has been convicted of crimes during his youth. (M2D 29-35). Again, this is one of the most despicable and shameful arguments an attorney could ever make in the United States of America. It really deserves no response other than shame. According to counsel for Defendant Malkin, the felon class, consisting of tens of millions of Americans who have served their sentences, has no right under the law to sue for defamation or false light. According to him, the rest of society has the right under the First Amendment to defame, smear, trash, harass, stalk, bully and torment those felons with impunity simply because they are felons. Fortunately, our system of laws protects everyone equally and Maryland defamation laws do not discriminate against or make exceptions for certain classes of people. Shame on counsel for making such a profoundly elitist, immoral and indefensible argument.

I suppose the next response he files, when he most likely files a third amended complaint and we file an avalanche of motions to dismiss is to draw a series of drawings on the page, so that when you flip the pages really fast, it makes a wagging finger...

So given that it is probably about to be mooted, let me give you finally the document itself:

And let me offer the best possible response to that:

Seriously, babies laughing at him.  It’s the best response.  Even babies think that Brett’s filings are lame.

And let me say something else.  In my heart of hearts, I don’t believe that any person supporting me has done any of the above.  But if any of you have, stop it, and if you haven’t don’t start.
Posted by A.W. at 6:58 AM