This is the latest post in what I half-jokingly call The Kimberlin Saga®.  If you are new to the story, that’s okay! Not everyone reads my blog.  The short version is that convicted terrorist Brett Kimberlin has been harassing me for over three years, his worst conduct being when he attempted to frame me for a crime.  I recognize that this might sound like an incredible claim, but I provide video and documentary evidence of that fact; in other words, you don’t have to believe my word.  You only have to believe your eyes.  Indeed, he sued me for saying this and lost on the issue of truth.  And more recently when his wife came to us claiming that this convicted terrorist had threatened her harm, we tried to help her leave him, and for that, he sued myself, John Hoge, Robert Stacy McCain and Ali Akbar for helping his wife and he is suing Hoge, McCain, Akbar, DB Capital Strategies, Michelle Malkin, Glenn Beck, Patrick “Patterico” Frey, Mandy Nagy, Lee Stranahan, Erick Erickson, Breitbart.com, the Blaze, Mercury Radio Arts, Red State, the National Bloggers Club, and  others alleging that we are all in organized crime for reporting factually about the spate of SWATtings committed against myself, Frey and Erickson.  So, if you are new to the story, go to this page and you’ll be able to catch up on what has been happening. 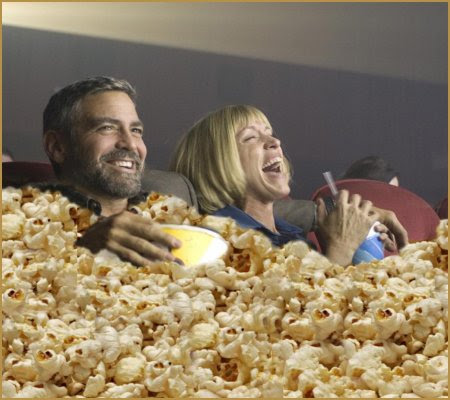 So last week, I showed you my opposition to convicted terrorist Brett Kimberlin’s premature appeal-ation and toward the end of the piece, I dropped a big hint that something else was in the works:

[Y]ou might think, “hey, if Judge Hazel gets wind of Brett’s admission that he violated rule 11, that might cause him trouble in the case that is continuing against Patrick Frey.”

Why yes, dear reader, if you thought such a thing you would be right.  In fact, dear reader, you might wonder if anyone might call attention to that in that case by some method.  And to that I will only say this: stay tuned.  In fact, there is a good chance that if you tune in tomorrow you will be rewarded—although I cannot guarantee anything.

But I can almost certainly guarantee you will need popcorn.

Well, indeed, I could not guarantee anything, and the event that I was waiting for didn’t occur until today, after a long weekend, so I couldn’t share until today.

You see, I still have an outstanding request to file motion for sanctions in the case that once included me and around two dozen other persons and entities, but is now solely against Patrick Frey.  That request was filed jointly with Lee Stranahan, Robert Stacy McCain and John Hoge.  And it is outstanding, in the sense that Judge Hazel has neither said yes or no to it, he has simply done nothing with it.  On Thursday, I filed a letter supplementing that request, which has now appeared on PACER:

As with last time, I cut out all personal information (I originally had a proper signature block) and I omitted certifications and similar matter that you are not likely to pay attention to, as well as an exhibit you have already seen.  Admittedly, a great deal of that is simply copy and pasted from my filing with the 4th Circuit.  There are rules preventing you from speaking out of both sides of your mouth, but no rule that says you have to say the same thing differently to two different courts.  In fact, copying and pasting is done all the time in law (in contracts, it is downright wise).  So, sorry if you were expecting something different (and/or funny), because it’s not really that.  Still, I doubt that Judge Hazel will enjoy seeing Brett’s admission that he never actually had an evidentiary basis for his complaint, after all.

Otherwise, I think it speaks for itself.

As for why I waited until now to publish it, the rule I follow is “case first, blog second.”  And applied here, I wanted to wait until the letter appeared on PACER before publishing it myself.

Similarly, there was something I filed with the Montgomery County Circuit Court in the more recent state case of Kimberlin v. National Bloggers Club, et al. late in the week that Brett should have in his tiny, tiny hands by tomorrow.  Frankly, it might be safe to assume he has it now, but he definitely will by tomorrow.  So by close of business, tomorrow, I should be sharing that with you.  And yes, some popcorn might be in order.

And let me say something else.  In my heart of hearts, I don’t believe that any person supporting me has done any of the above.  But if any of you have, stop it, and if you haven’t don’t start.
Posted by A.W. at 2:34 PM