For the Pedophile Brett Kimberlin It’s All About the Kids

Of course over the last week we have seen the revelation that Brett Kimberlin is, in fact, a pedophile.  I base that on having spoken to his wife and having heard her story first-hand, in conjunction with all of the evidence.  I know you haven’t benefitted from having met her and watched her over time describing what he had done to her, but I have and I am convinced.

So it is worth going back and remembering just how often Brett said it was about the kids.

For instance, on November 14, 2011, Brett Kimberlin claimed that Seth Allen was interfering with his charities by truthfully calling him a terrorist, liar and so on.  Also he falsely accused Seth of accusing him truthfully of being a pedophile, which is kind of meta when you think about it.  So this was how he described his organizations:

I have two organizations, Justice Through Music, which has been in business for about 10 years. The executive director is Jeff Cohen (phonetic sp.). And it’s a Bethesda based operation, and we work with young people, mostly, to get them involved with voting. We’ve registered tens of thousands of kids to vote. And we get them involved with social causes.  We work with very famous artists and bands and get them talking to kids abut the importance of getting involved with the world and so on and so forth.

(Emphasis added.)  (You can read that transcript, here.)  Besides the strangeness of claiming he has registered thousands of kids to vote, it’s about the children, see?

And then later, he claimed that Seth was continuing to “defame” him by truthfully describing Kimberlin’s criminal past in violation of an order prohibiting him from actually defaming Kimberlin.  From the hearing on January 9, 2012:

MR. KIMBERLIN: I mean, I was arrested 32 years ago on a case. I got out of jail. I did my time. I run two non-profits in this, in this wonderful city working with kids and congress members and community leaders.  And you know, I have two kids and a wife. And this guy will not leave me alone. He wants to post stuff that happened years ago. You know, he dug up 32-year-old mug shots of me that I had never even seen before, that had never been posted.

THE COURT: Well, that doesn't constitute defamation.  It's all true.

MR. KIMBERLIN: It's not true.

THE COURT: What, that you were arrested?

(Emphasis added.)  He just wants to be near kids, but he is not a pedophile.

And then on July 5, Brett Kimberlin was trying to convince the same judge (Rupp) that my writing about him to a general audience (without making threats, etc.) was harassment of him.  And once again, he was upset because it might interfere with him working with the kids:

You know, my organization is, is doing wonderful work with, with kids, getting them out to vote, and working to help tolerance between different religious factions, and we do really good work.

See, it’s about the kids, right?  From the “About” page on the Justice Through Music Project (no, I won’t link to them):

Justice Through Music Project ("JTM") is a non-profit, 501(c)(3) organization that uses famous musicians and bands to organize, educate and activate young people about the importance of civil rights, human rights and voting.

It goes on quite a bit about how much they love to work with the kids.  Even convicted pedophile (who is not registering as a sex offender as required by law) Craig Gillette is in on it, writing at the now-moribund blogspot blog how he wants to “activate young people.”  And here he is talking about photographing children at Disneyland.  And here he is talking about how to reach out to kids through music in Raw Story:

The main thing I see about the music is young kids listen to musicians more than they listen to their parents. I know when I was young I’d go to my room and listen to a record.

He uses a similar line in this article in The Examiner.

By the way, here is an example of Brett Kimberlin working with the kids.  It’s a video Justice Through Music Project created to celebrate the end of the Bush presidency.  And he is backed up with a children’s choir of... 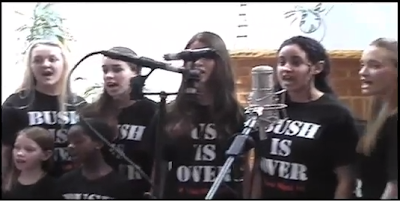 ...mostly teenage girls.  I mean there are some guys, but they are outnumbered by the teenage girls.  I’m sure that is just the luck of the draw, right?  You can watch the whole thing here:

And here is a free kids concert Justice Through Music was involved in:

Because when it comes to Brett, it’s all about the children.  And who could object to that? 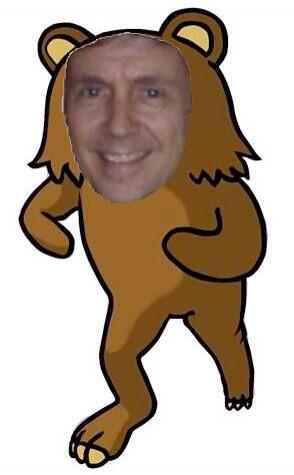 And let me say something else.  In my heart of hearts, I don’t believe that any person supporting me has done any of the above.  But if any of you have, stop it, and if you haven’t don’t start.
Posted by A.W. at 6:55 AM