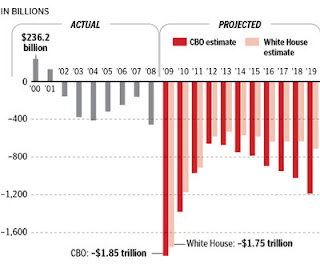 grandma is much more likely to be death-paneled by your insurance company,
Than the government under Obamacare?  Oh, come on, how can you possibly claim that is a fact?  At best it’s an opinion.
And if anything, we can be reasonably certain that opposition to his health care program is not racial.  We have as close as can come to a perfect racial experiment in politics.  First a white southern Democrat proposed health care reform, and what happened to him?
And then a black man tries it, and what do you know?  He comes closer to achieving it than the white guy.
So the American people are more open to socialized medicine when proposed by a black man than a white man, and this is supposed to be proof of racism against the black guy?  Huh?
Of course it isn’t exactly the same.  Back in 1993, Bill Clinton didn’t have a chance to learn any lessons from his predecessor.  Oh, and Bill Clinton didn’t have a media that claimed that any opposition to his program was racist, trying to browbeat us into accepting a radical program without question.
a socialist President would be the one who tried to buy as many voters as possible with stupid tax cuts.
Um, socialists cut taxes?  Seriously, are you high, Keith?
And I know phrases like "Tea Klux Klan" are incendiary, and I know I use them in part because I am angry that at so late a date, we still have to back back that racial uneasiness which has to envelop us all.
Now notice he is speaking for all Americans, or perhaps even all of humanity.  He is the alpha and the omega, you know.
And then here is where his racial attitudes really start to come out.
But let me ask all of you who attend these things: How many black faces do you see at these events? How many Hispanics, Asians, gays? Where are these people? Surely, there must be blacks who think they’re being bled by taxation. Surely there must be Hispanics who think the government should have let the auto industry fail. Surely there must be people of all colors and creeds who believe in cultural literacy tests and speaking English. Where are they? Where are they?
Make no mistake.  He actually thinks there are no Asians, hispanics, or African Americans.  He makes it even more explicit right at the end, saying:
Why are you surrounded by the largest crowd you will ever again see in your life that consists of nothing but people who look exactly like you?
You know, you might look at the cast of MSBC and ask the same question, you know.

Why is it, Keith, that all of these people look just like you?
You’re scared and you’re in a world that has changed in a million ways, and the most obvious one of them is something unforeseeable not a decade ago – a black President.
Unforeseeable?  Are you shitting me?  You never heard of a movie called Deep Impact?  Morgan Freeman, taking a break from playing God and the folksy, wise narrator in everything, played the President of the United States?  And for that matter, while its not quite 10 years ago, it was pretty conceivable we might have a black president to the creators of the show 24, to name but two of several examples.
So your claim that it was unimaginable is frankly empirically wrong.  And I might add, who loves 24 more?  Liberals or conservatives?
Not all of our heritage is honorable. Not all the decisions of the Founding Fathers were noble. Not very many of the Founding Fathers were evolved enough to believe that black people were actually people.
And this is funny, because as noted above, Olberman patted himself on the back for questioning the racism he was taught.  But here he apparently invokes, unexamined, the dogma that the 3/5 clause diminished the humanity of the slaves.  I have already told you that this dogma was exactly incorrect.
The Founding Fathers thought they were and fought hard to make sure they would always remain slaves.
No.  Some did, but the majority of the founders at least believed that slavery was on its way out, and some fought equally hard to ensure its destruction.  Sheesh.
And progress towards the removal of any evil produces an inevitable backlash.
And notice the logical move.  That means that if you oppose the first black president you must be part of that racist backlash.  How quickly democrats have gone from dissent being patriotic, to dissent being racism.
Cause you know, Obama is so self-evidently awesome that if you disagree with him, it has to be for an irrational reason.
He goes on repeating himself, but let me offer a closing thought.  A special comment, if you will, for Mr. Olberman and his ilk.  You know if you can’t stop playing the race card, couldn’t you at least use it more constructively?  Next time Obama asks Amadanutjob... er, I mean Ahmadinejad to stop his nuke program, and he refuses, could all of you claim that this is based on racism toward Obama?  I don’t think it will work, but it’s worth a shot.
Besides what do you think the chances are that the jew-hating, holocaust-denying (meaning he denies a holocaust has a occurred; he fully admits to planning one) president of Iran has enlightened issues on the subject of race?
But that would require Olbermann and his ilk to have perspective.  Hey, wait, I think they are going to have their worst person in the world segment.  Let’s think seriously for a moment here.  Who would you say is the worst person in the world?
I mean for me the short list would be:
1. Osama bin Laden
2. Mullah Omar
3. Kim Jung Il
4. Whoever is president of China this week
5. Robert Mugabe.
I mean there are many different dictators and terrorists to choose from, who torture, kill, maim.  There are a lot of really evil people who have done some really evil things to choose from, so let’s see who Olberman chooses.
Go ahead, look.
Yeah, your eyes are not playing tricks on you.  He is attacking Michelle Malkin.
And in case you are wondering if there is any tinge of racism in this, well, I refer you to this.  Apparently its still okay to some liberals to make fun of Asian Americans for having funny names.
Posted by A.W. at 5:11 PM